I hated every minute of training, but I said:
“Don’t quit. Suffer now and live the rest of your life as a champion.”
– Muhammad Ali

After I theorized for “years” about motivation, goals, season planning, timing of form and the concept of training in general, you probably wondered if an article about specific elements of training would ever see the light of day. But here it is – I present to you all the training elements in single place!

Well, no going back now!

We started an avalanche of concrete information about training elements, but so that the avalanche does not swallow you, it is important that I illustrate the need for all the previous theory through some concrete examples.

As I mentioned before, cycling as a sport is something completely different from “just riding”, i.e. going for a ride when you feel like riding and where/how much you feel like riding, but that does not mean that you have to be a licensed competitor and a racer in order to benefit from a training plan and specific training elements, as there are many cycling challenges and events that may capture your interest. And, after all, you will feel good when you start riding some of your usual routes with much less effort and at the same time at a higher average speed. 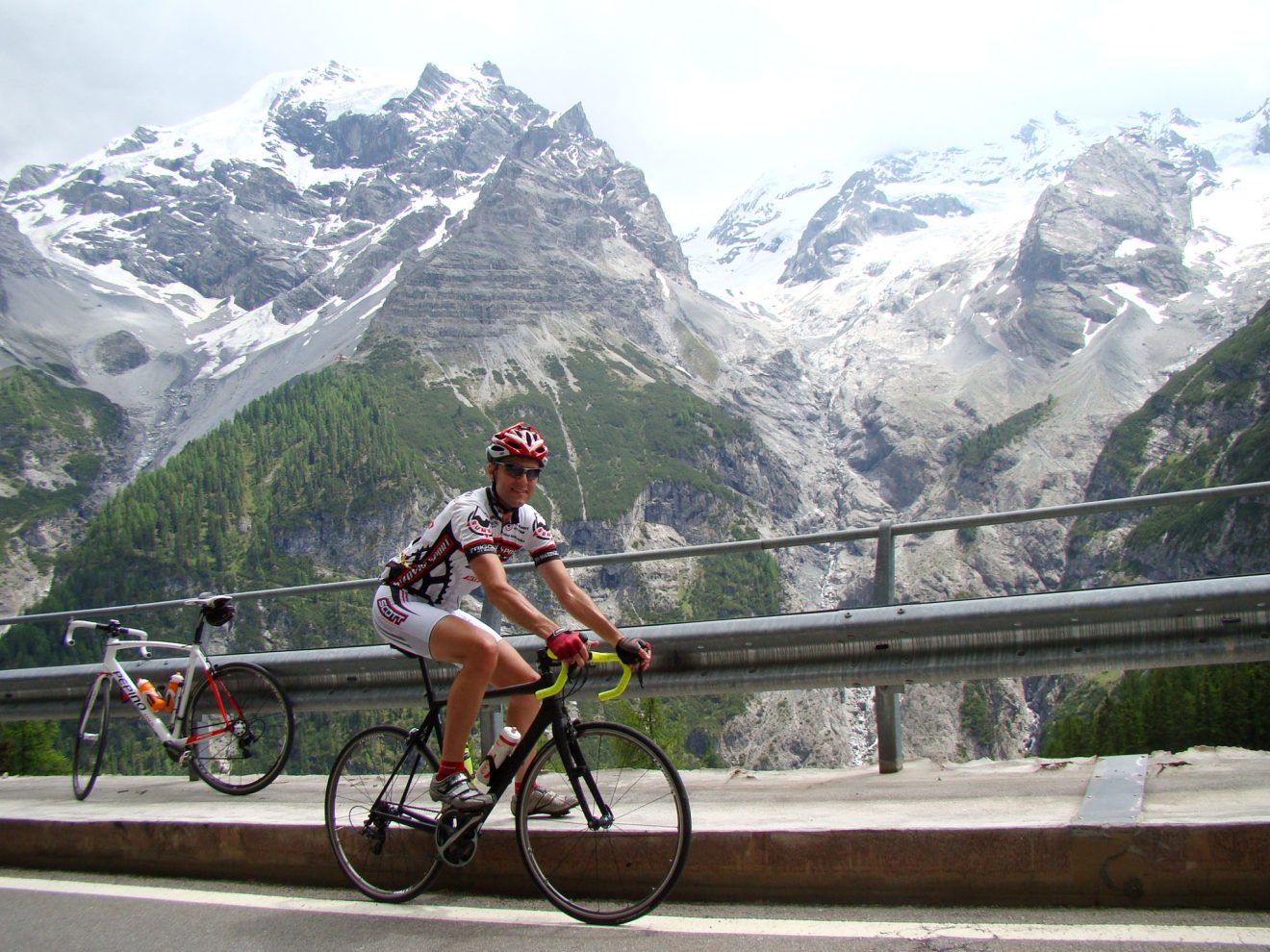 Anyway, if you want to conquer Stelvio but your every ride is just easy riding and in such a way that you don’t even accidentally get tired, the only thing you can gain is endurance and the ability to spend the whole day in the saddle but that won’t help you to easier do a serious climb. Likewise, if you plan on doing a granfondo of some kind, while you only do short hilly rides, you will consequently gain a lot of strength (effectively as if you went to the gym), but you won’t have the speed in your legs, nor will you be able to keep up with the pace of a group on the flats and especially over rolling terrain.

These are, of course, hypothetical examples. In reality, you will ride on diverse terrains, you will not always ride on your own and you will probably occasionally step out of your comfort zone. Consequently, during the season you will get to feel the progress of your own abilities, that is, you will gain some level of form. Insert specific elements or even apply a complete training plan to your rides and the form will get incomparably better. Time your form for certain events – and you will successfully realize all your dreams in the field of cycling! That is exactly why it was important to first go over all the theory regarding form, season and the concept of training in general.

Even if you don’t spare yourself on rides and constantly ride at a high pace and your friends with whom you ride can’t keep up with you – and therefore you decide to sign up for a race, convinced that no one can match your strength – a few changes of rhythm later you will conclude that strength, speed and Strava segments you won are only a piece of the puzzle (along with specific training and tactics, but more on that later). 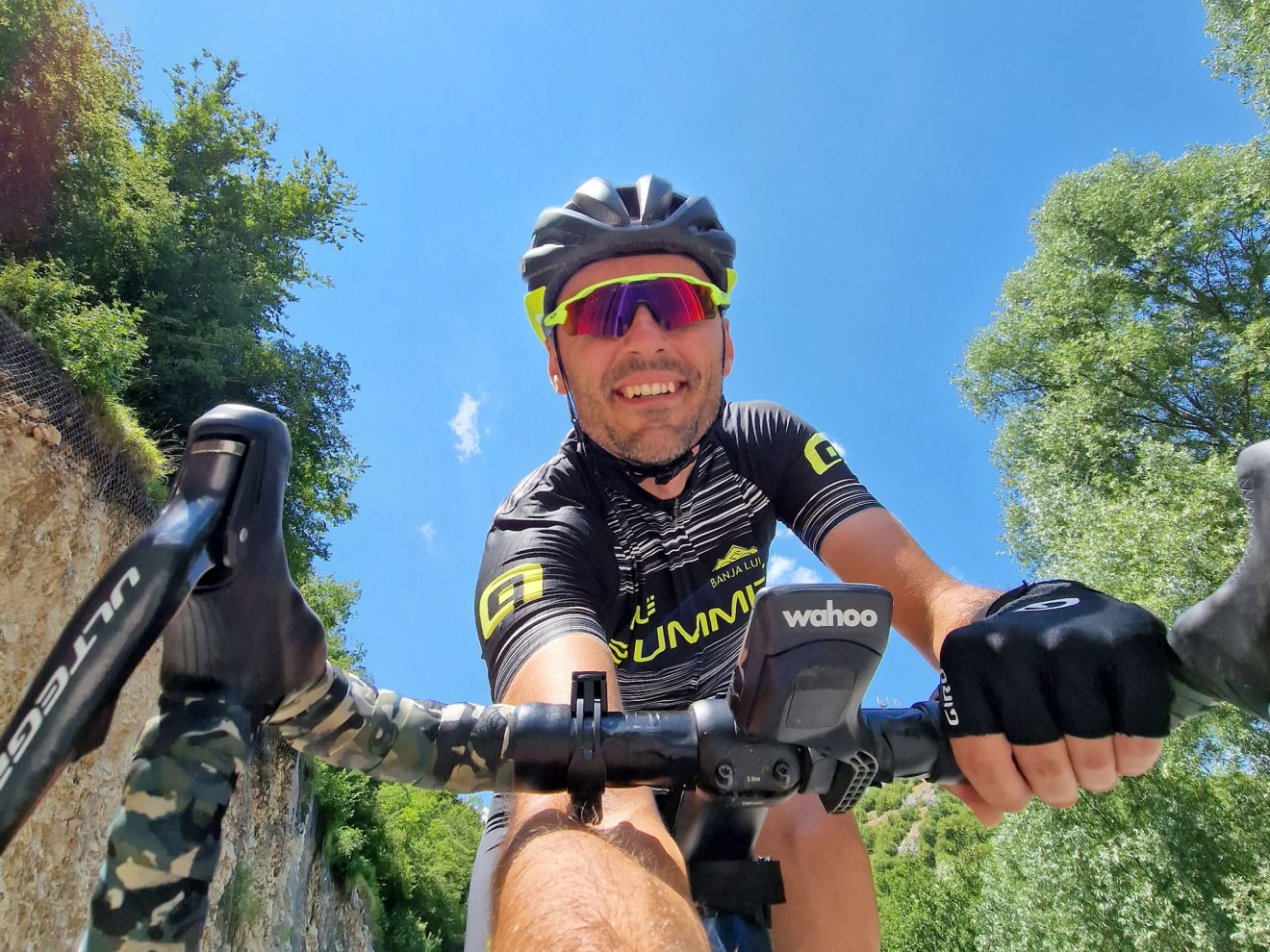 The reason for this is that cycling is full of technical elements, not just bare riding, so most elements are trained more or less separately, i.e. in separate training sessions – sometimes exclusively individually and sometimes with other riders or in a group. It’s similar to when you practiced tasks in different areas of mathematics and physics at school and also studied several other subjects. You had to master all the subjects in order to proceed further. Of course, some subjects were more interesting to you or you had more talent for them and others you had to practice a lot more – it’s the same in cycling. Someone is a naturally gifted hillclimber, someone is an outstanding sprinter, someone can spin the pedals from dusk ’till dawn… but what they all have in common that there is no gain without pain.

While we’re using the schooling analogy, let’s see what are the subjects we study in cycling:

So… we have a lot on our plate! 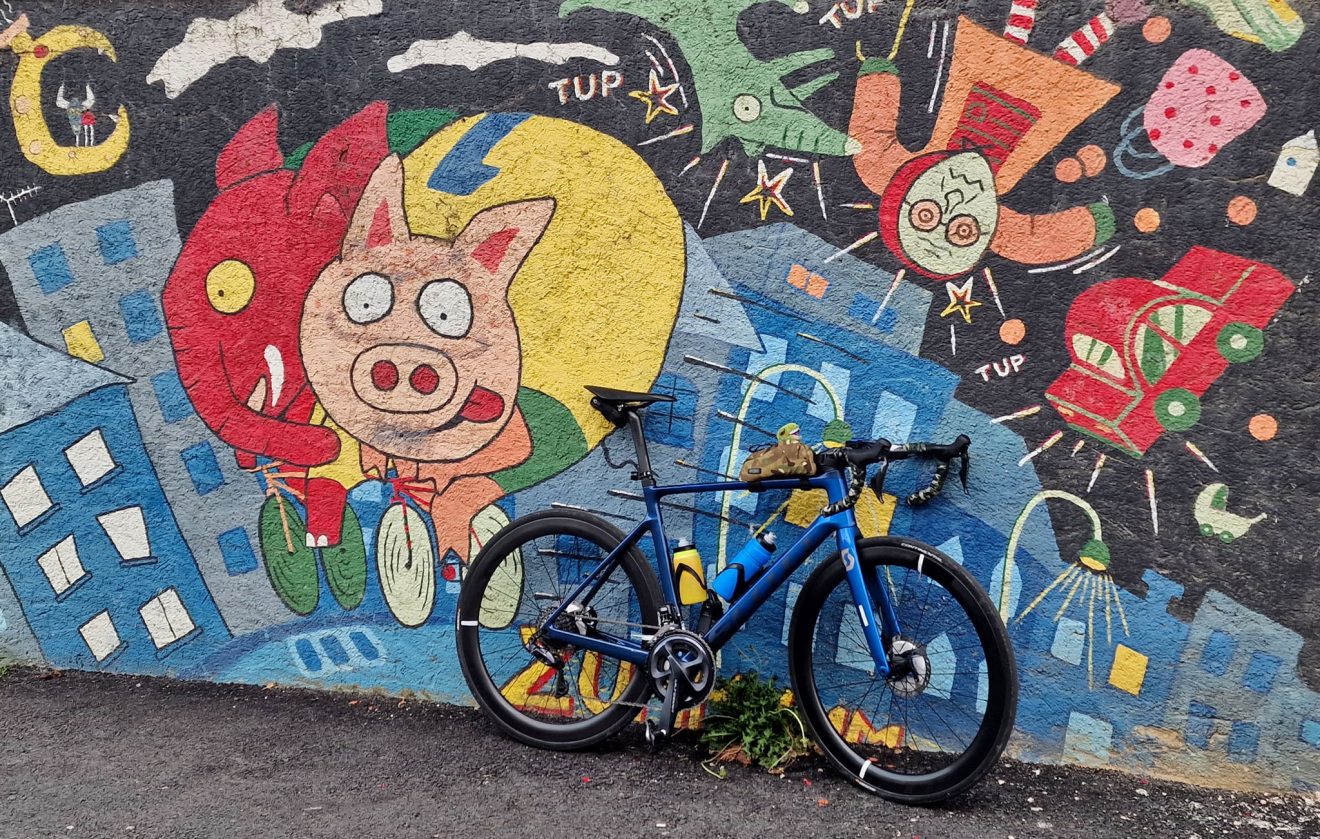 Where do we start?

Well, from the beginning.

We will start with technique training. It is very easy to recognize a “schooled cyclist” (the expression coincidentally fits perfectly with the school analogy) because he or she sits calmly in the saddle, looks relaxed on the bike and is pedaling fluidly. This means either that he/she is a natural talent or that he/she started training at a very young age and “grew together with the bike”. This does not happen by itself though but requires several years of work on the technique, with constant reminders from the coach, thinking about all the elements of the position on the bike and with specific training when pedaling, i.e. a higher cadence, but also riding in different positions, especially out of the saddle.

A poorly adopted technique is difficult to correct, especially if you only started riding at a late age, when the body has already been largely formed and possibly survived various stresses and injuries. However, with enough effort and time it is always possible to improve the position and technique to some extent. Of course, the basic thing that you should get done is bike fitting and then you can move on to the specific elements of riding. 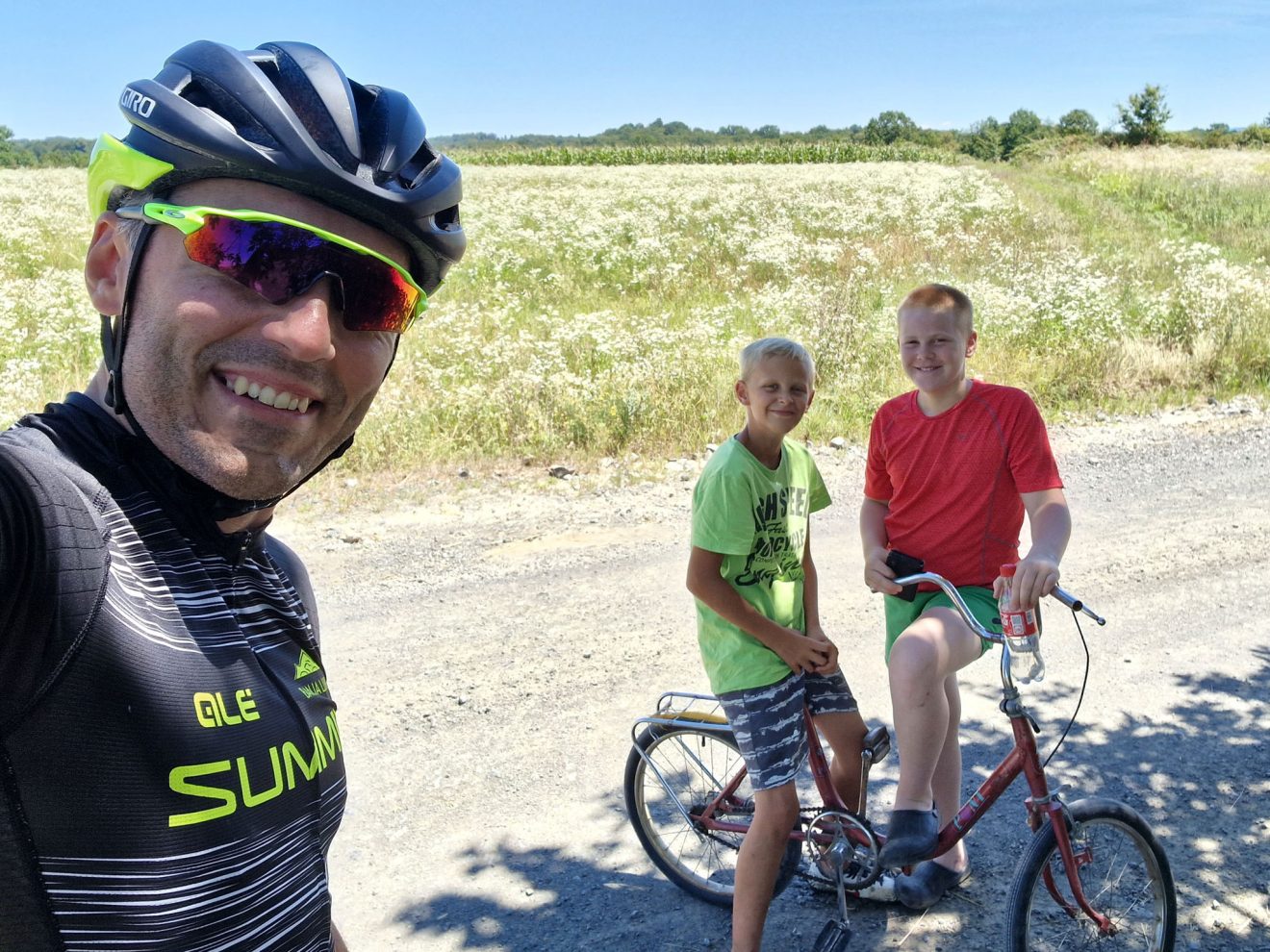 Furthermore, whether it is the beginnings of cycling or the beginning of an individual season, we have low intensity training. This is the principle of riding by which we only “collect kilometers” (so that no one misunderstands – it is not the kilometers that matter, but the time spent on the bike), i.e. we work out the muscles and the heart and develop the cadence of the legs for the upcoming season, after the winter break. This includes light aerobic pedaling during the winter preparation period and later on ever so slightly more intense and longer riding during the base preparation period.

As the article on base preparations has already specifically described how you should behave and ride during this part of the season, we will not dwell on this topic here – it is only important to mention that you should avoid high heart rate, power and heavy gear ratios and at the same time avoid any significant climbs. Also, this period should be used for work on your technique, as well as testing new equipment and servicing the existing one, so that everything is ready for the rest of the season.

What does the main part of the season look like?

It completely depends on the outlined goals and plans, so I would like to mention once again that it is crucial to plan the season, in order to create a general training plan for the season, but also to precisely time the form for the most important events.

In any case, if we are talking about competitive cycling, the array of training elements you will use remains the same and complete. If you are just an enthusiast or an advanced recreational rider, some of the elements may be absolutely irrelevant to you, but we will deal with the topic of specific training plans at a later date.

Most specific training takes place in the form of intervals, that is, repetitive segmented riding, in a given heart rate and/or power zone, for a certain duration and with breaks between repetitions.

In order to acquire the aforementioned speed endurance, i.e. the ability to ride sustainably in high-intensity regime, we also need appropriate interval training. Meet the main lifter of form, the king of training – high intensity intervals, better known as HIIT (High Intensity Interval Training). We will cover them in detail in a separate article but for now you should know that this is the single most important technical element of training and there are flat and uphill intervals. 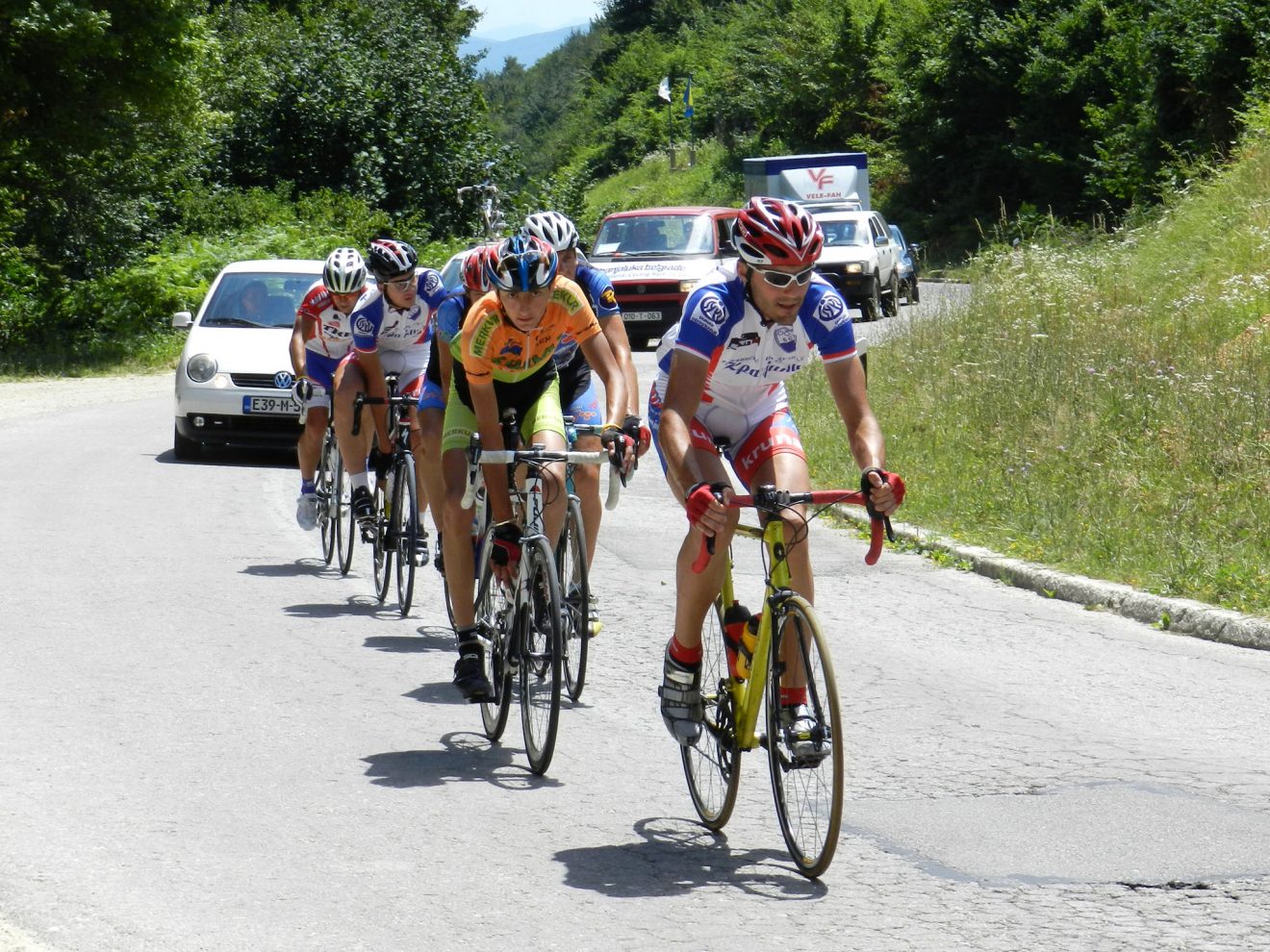 Practically, all technical elements require and deserve a separate article, so we will also only briefly touch on the other elements in this article.

Explosiveness training is very important training for a racer, that is, developing the possibility of strong acceleration to follow changes of pace, go into breakaways and compete in final sprints. Something you can’t do without as well are endurance and raw speed. Endurance is not done specifically on its own (except in the preparation period) but is enriched with various supporting elements, while raw speed can hardly be developed by riding on your own. For this purpose, group training sessions are organized, as well as training sessions with motor guidance.

While on the topic of group rides, it is important to point out that without a group there is no simulation of a race either, which is also crucial for the development of specific elements of competitive cycling, without which it is impossible to achieve any notable result.

Finally, we have the off-bike training category. This refers to training in the gym during the winter preparation period, to regular team meetings in order to develop tactics and race plans, as well as training for the next period… and, last but not least – i.e. practically of the highest importance – we have a regular weekly and annual rest periods and recovery from intense training – a topic with which we will begin a detailed explanation of all the mentioned elements of training.

It will most certainly be continued… 🙂